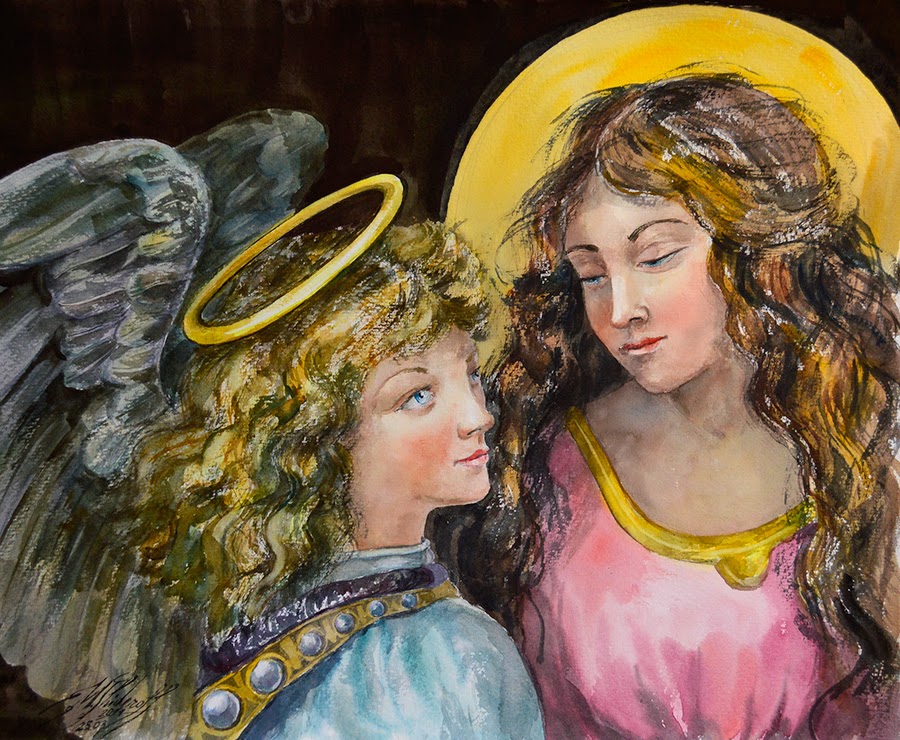 Five storeys up, in that nondescript room
overlooking hospital car park,
tangled thorns on waste ground patches,
you flinched when the sensor
touched and slid across your belly.
On the screen, grey flecks swirled,
coalesced like a mathematical equation
solving itself, a satellite image
of stratospheric cloud formations.

Although later you admitted
stirrings of renascent faith, for now
the lubricant dried in curls on your skin.
‘It’s not exactly the Annunciation,’ you said.
Then the printer whirred, and there it was,
in black and white: indistinct shapes
of bulging head, ribcage, limbs;
the good news of our first unborn.

As you wiped yourself clean,
stepped out of the shapeless gown,
the nurse, resetting equipment
for her next mother, could not resist:
‘My father’s name was Gabriel, you know.’

25 March is the Feast of the Annunciation or, in Bulgarian, Благовещение. In the UK it is also known as Lady Day, the first of the year's quarter days, and was, in fact, New Year's Day until the middle of the 18th century.