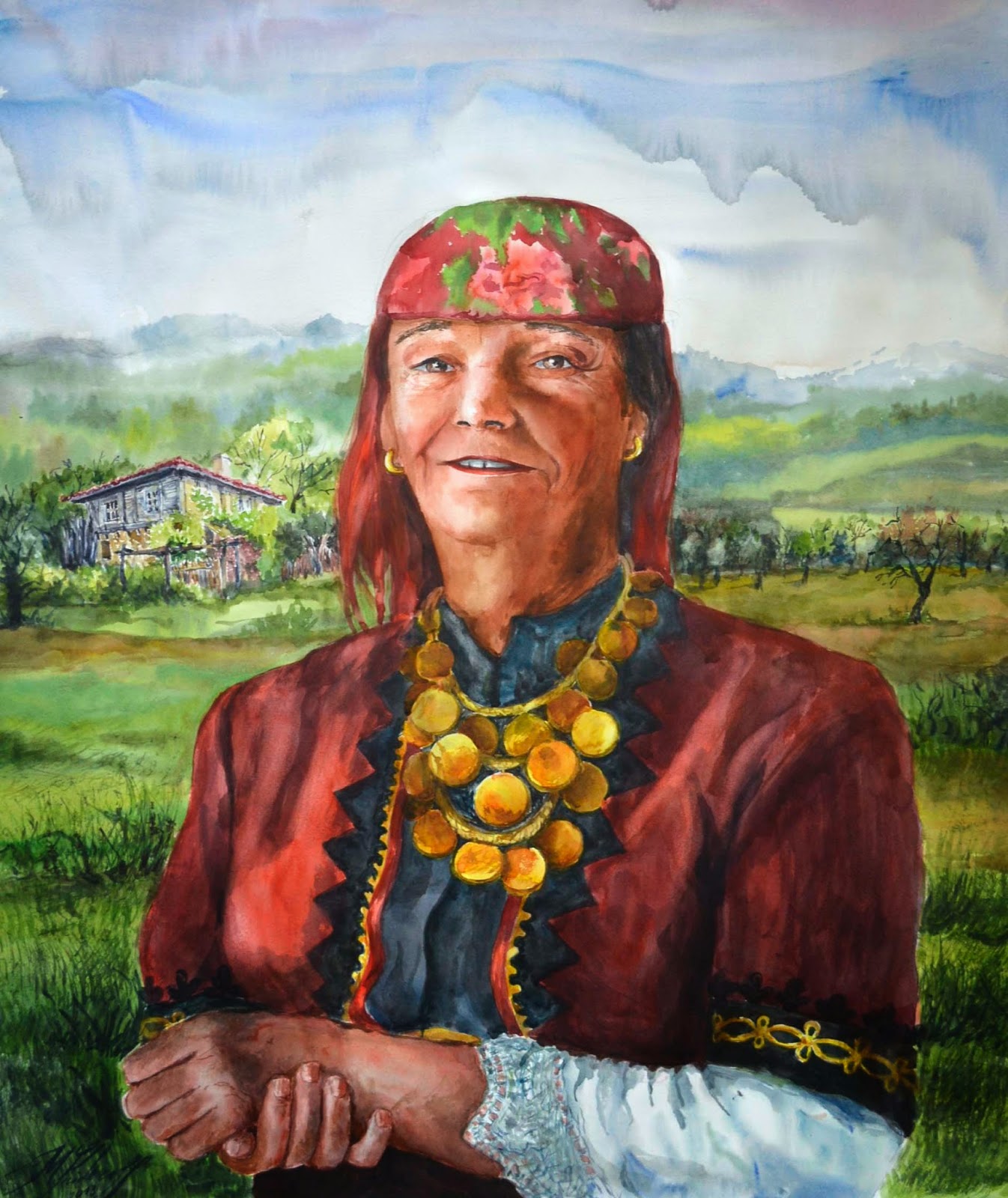 Always a story there if you stop and look:
hers begins in mountains and meadows
and will not end until, on some distant planet
or in the emptiness between stars,
the fragile messengers we've sent
meet whatever their fate might be.

We will not, cannot know –
but might take some hope in thinking
that these traces of ours will be found
and that the song of a хайдук rebel,
music drawn from the grass and earth,
will be heard beneath unfamiliar constellations
will sound beneath an otherworldly sky.

Valia Balkanska’s recording of the Bulgarian folk song ‘Излел е Делю хайдутин’ features on the Golden Record, a selection of the sounds and music of the Earth sent into space on board the two Voyager probes. The song's on YouTube here.