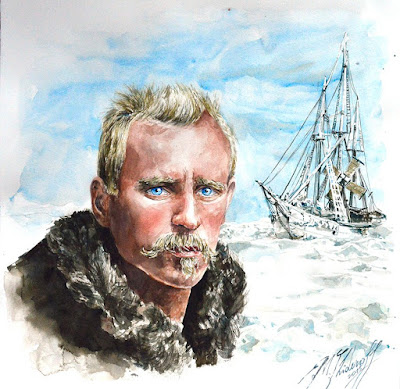 Born facing north, frozen vacancies,
with an eye to the footloose and rootless,
who’d have known that in aftermaths
of peace negotiations, he’d have his say?
Though an idea foiled by best intentions
couldn't stop the would-be hard men
striking out to make their mark.

A recurrence of polar frustrations,
forced decisions on diminishing time,
like being locked into arctic currents
and the same pragmatic recourse –
the difficult delayed not by geography
but politics in those later years.

From the brow of the Fram, he’d not
have seen such complexities, heard
little more than their distant clangour
in the grating screech of pack ice.

Known for his polar expeditions, Fridtjof Nansen was awarded the Nobel Peace Prize in 1922 for his work with refugees.