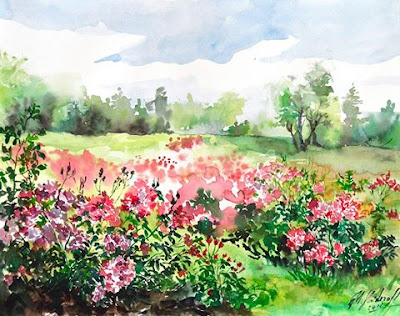 Adjusting to an elsewhere again,
it's not easy when the price of beer soars
from two leva fifty for two litres
to five pounds a pint
and the temperature drops
from the twenties to the teens.

Here’s a street scene from one city:
a blustery gang blows in,
all swagger and slang on the cobbles.
They’re out for a good time
and a late taxi home.
The language is recognisable.
I know its games.
I can speak it unplanned.

Now here’s one from another:
consonants blur from an intercom
as a couple outside an apartment block
negotiate their way in.
Dogs bark and the supper plates
go down on outdoor tables.
It’s a street where memories collide
like these two women with dyed hair
who do their best to avoid each other.

I’m doing as much as the guy
from the house opposite
who’s moseying down to the bins
to have a look at the day’s detritus
not to have any opinion at all.

With only an expected effort,
it seems that we have come home.